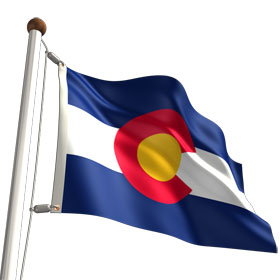 In my last post, I wrote about the proposed bill in Colorado to reinstate Medicaid coverage for routine infant circumcision. Last year, Colorado became the 18th state to drop Medicaid coverage for the medically unnecessary procedure, and Senator Joyce Foster, backed by Senator Irene Aguilar and several others, have introduced Senate Bill 90 to reverse this.

A hearing was held by the Colorado Senate Health and Human Services Committee on the second of this month. A very spirited debate ensued, and the fact that the arguments were clearly on the side of the intactivists present should have killed the bill then and there. The bill managed to pass by a 6-3 vote, however, and intactivists have been trying to contact all who were involved since. 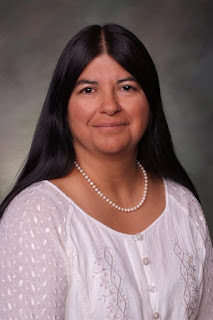 Intactivists had been trying to contact Senator Foster, Senator Aguilar, as well as others regarding their support of this bill long before it went before the Senate Health and Human Services Committee on the second. The senators, along with other backers, waited until hours just before the hearing to send out an automated form response to Colorado intactivists, giving them very little time to prepare for a response at the hearing. Replies from Senator Aguilar, as well as others, can be found in my previous blog post.

The replies didn't touch upon a single question asked by concerned intactivists, and instead were scripted form letters touting the so-called "benefits" of circumcision, and toeing the pro-circumcision party line.

After the hearing, Colorado intactivists began to try and contact the Senators and others once again to ask what happened, and to repeat the questions posed to them, which they have yet to answer. Intactivists in and outside Colorado are currently engaged in a letter-writing campaign, and they are attempting to contact all involved in any which way they can.

Senator Aguilar happens to have a Facebook page, where intactivists have tried contacting her, posting the same questions to her, but they've been met with the same unwillingness to engage.

Initially, she seemed welcome to the idea, and even posted a reply, which was more or less a repetition of the reply she sent out just before the hearing, never deviating from the script. (The reply can be found on my previous post.)

Ultimately, however, Senator Aguilar has taken it upon herself to start silencing the people questioning her, and deleting questions and statements that defy her position from her Facebook page. Additionally, she has actually started blocking a number of us, again, ignoring every question we have asked her.

This is Owen Perkins, Director of Communications for Senator Aguilar, with a quick clarification about this page and our policy regarding posting on it.

The page was never meant to be a forum, but rather a source for news and information about Senator Aguilar’s events, her activities at the Capitol and in the community, and topics of interest to her constituents.

The recent discussion about SB12-090 was informative and helpful in sharing perspectives with those visiting this page. The numerous posts did, however, obscure the information the page exists to promote. As a result, we had to turn off the public posting functionality, while keeping the ability to comment available to visitors.

In turning off the posting option, all posts not originating from our office were automatically removed by Facebook. This included all posts supporting, opposing, and inquiring about the topic of SB12-090, as well as all posts--positive, negative, and otherwise--about any topic.

Additionally, some comments supporting and opposing SB12-090 were removed for inappropriate language and tone. We entertained a vast array of opinions on the page, many of which tread a fine line in terms of maintaining decent discourse, but we only removed those that crossed the line into personal and inappropriate attacks beyond the scope of a civil debate.

So here’s the policy: Keep your comments respectful and civil, keep your comments on the topic of the post you are commenting under, and don’t “spam” or “flood” the page with repetitions of the same comment. We will remove comments that don’t adhere to those guidelines, and you will likely lose your access to the page for disregarding this policy.

We appreciate the passion, commitment, and curiosity of those that visit this page, and Senator Aguilar is grateful for your input. Thank you for understanding that with our limited resources, we are not able to constantly monitor a spirited forum and must, therefore, keep the page limited to its original intent of sharing information, updates, and alerts concerning Senator Aguilar, her constituents in Senate District 32, and Coloradans affected by the work of the State Legislature.

Please contact Senator Aguilar’s office directly for any issue you think she can help with or to share your input as a concerned constituent and Coloradan.

Thanks, and take care.

All I've got to say to that is, what complete and utter hogwash from Owen Perkins. Senator Aguilar's Director for Communications is trying to redefine what has happened, and it is pathetic to say the least.

Could Owen Perkins please explain why all comments with well-reasoned questions about the so-called "benefits" of non-therapeutic surgery in healthy infants and the rights of children were removed, while comments supporting Senator Aguilar's position on Senate Bill 90 were left up?

Why is any post that questions the legitimacy of taxpayers having to pay for non-medical surgery on a healthy, non-consenting infant, and that supports a child's human right to body integrity, deemed "inappropriate?"

On top of removing comments that jeopardize Senator Aguilar's position, why are Facebook users who were being civil, polite and factual being BLOCKED?

Judging from her attitude, and judging from how automated and scripted her responses are, and now, judging by the fact that she has asked her communications director to step in, it sounds like Senator Aguilar is not so interested in any facts or any real discourse, but is dead set on supporting this bill for unseen motives.

More than they could chew...
Given the facts, it looks like Joyce Foster, Irene Aguilar etc. didn't know what they were getting themselves into. They're ready to trot out all the "medical benefits" and scripted responses, but when faced with difficult questions and the truth, they are so utterly discombobulated they have to delete comments, block people and call in their speech writers.

These people are obviously not ready for this issue. They truly think that we're just a "fringe group," but when the comments and questions start hitting home, and they aren't equipped to discuss it fairly, they shut down. It shows you what a pathetically weak case they have.

WHY did this measure even pass 6-3?

There have got to be financial supporters to please, or personal agendas to fulfill.

Who is Senator Aguilar Representing?
A fellow intactivist in Colorado has made the following observation:

Senator Aguilar, doesn't even seem to be representing the vast majority of her constituency, and ought to be targeted and voted out of office.

The Fort Logan area has some very poor areas; a lot of immigrants live in that pocket. Ironically, the State Mental Hospital happens to be in her district; a hospital that has had its capacity reduced because of Medicaid cuts! The other areas in her district include Washington Park and Cherry Creek; these house the wealthiest people in the state! Only Greenwood Village has a higher per capita income! She hardly has a large population of voters who need, nor want, government funded circumcisions. Her district dog legs into areas where most Denver City employees reside. There is simply no way that her district's demographic has an interest in Medicaid covered circumcision!

You can delete comments and block users on Facebook, Senator Aguilar, but you cannot stop people from speaking the truth.
Posted by Joseph at 10:19 AM