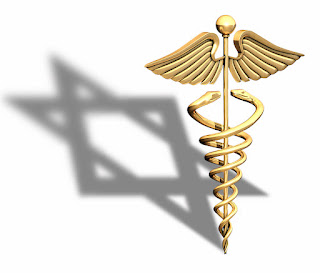 It sounds very noble to proclaim that you are acting in the interests of "equality" and "public health." As a politician seeking to secure support, you can't go wrong with rambling on and on about "helping the poor."

It's dishonest and self-serving, however, to be claiming to be "helping the poor," when, in fact, you are actually only helping yourself.

These sound like noble causes, however they fall apart upon closer inspection.

An Unfounded Position Against the Best Medical Authorities in the West
It certainly makes you appear to have a moral high ground to claim to want to provide society with something as basic as medicine and public health. Contrary-wise, it makes you a villain to want to deny the public, especially the poor, such a basic need. The dubious premise that sneaks past observers unnoticed is the assumption that having a foreskin is some sort of disease, circumcision is the one and only "cure," and cutting funding for it is a public disservice.

The question is, is circumcision an absolute medical necessity in healthy children, and should the taxpayer have to pay for it?

In reality, the trend of opinion on routine male circumcision is so overwhelmingly negative in industrialized nations that it would be quite surprising were male circumcision to be recommended in the United States. No respected medical organization in or outside the United States recommends circumcision for infants, not even in the name of HIV prevention. They must all point to the risks, and they must all state that there is no convincing evidence that the benefits outweigh these risks. To do otherwise would be to take an unfounded position against the best medical authorities of the West.

The arguments of "fairness," "social justice" and "parental choice" collapse upon making this realization.

The purpose of Medicaid is to help pay for medically necessary procedures, not helping families that want non-medical procedures for their children keep up with the Joneses.


Joyce Foster's Arguments Fail to Mask her True Intentions
Despite trying to argue from a "social justice" platform, Foster can't seem to be able to keep her ulterior motives from spilling out. In the preliminary hearing for the bill, after getting served by her opposition, Foster feels the need to explain her conflict of interests:

"Let me clarify... I had my sons circumcised because it was a health issue and a religious issue."


In a recent article, she says:

"This bill will have absolutely nothing to do with the Jewish community of Colorado... [I am] most persuaded by the medical evidence." ("Evidence" that couldn't persuade respected medical organizations in and outside the US to endorse the practice?)


The Jewish Daily Forward betrays her true motives for the Colorado bill, however:

Foster, the main backer of the Colorado bill, said she believes that cutting Medicaid coverage for circumcision sent a message of support to anti-circumcision activists who want see the procedure outlawed nationwide. She is determined to push back against that effort.

Conclusion
So there you have it. This measure has nothing to do with "public health," nor a genuine interest in "helping the poor." This is nothing more than a self-serving bill aimed at safeguarding a historically controversial religious ritual that has come ever under scrutiny. It is a law aimed to cater to a particular religious establishment, and Joyce Foster a self-serving politician with a religious agenda.

All things considered, the bill ought not to pass. If it does, it will be a waste of taxpayer dollars with no actual basis in medicine.

The Bottom Line
The foreskin is not a birth defect. Neither is it a congenital deformity or genetic anomaly akin to a 6th finger or a cleft. Neither is it a medical condition like a ruptured appendix or diseased gall bladder. Neither is it a dead part of the body, like the umbilical cord, hair, or fingernails.

Without medical or clinical indication, doctors have no business performing non-medical surgery on healthy, non-consenting individuals, let alone be giving parents any kind of a "choice," let alone be expected to be reimbursed by the public's coffers.

The House Health and Environment Committee holds a hearing on the bill today (May 3) at 1:30pm.

UPDATE:
The bill passed at the House Health and Environment Committee hearing 7 to 6. It's unfortunate that Coloradans dare defy Western medicine, but at the very least the margin was slimmer than before; the bill can still be defeated at the house.