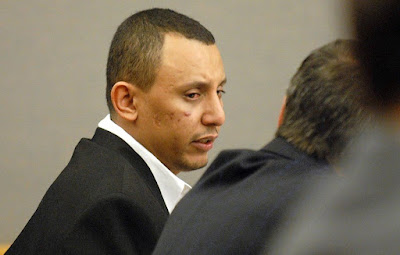 According to New York Daily News, an Ethiopian man was deported after serving a 10-year prison sentence for cutting his 2-year-old's daughters genitals with scissors, highlighting American hypocrisy when it comes to genital cutting.

While this man has been deported for cutting his daughter's genitals, 1.3 million baby boys have their foreskins forcibly cut off at birth.

There seems to be two different yardsticks when measuring the forcible genital cutting of each sex.

It is not my intention to justify female circumcision, because this blogger opposes the forced genital cutting of either sex.

Rather, my intention is to show simply this:

"...female genital mutilation [is] a ritualistic practice common in certain parts of the world, but widely condemned in western countries."


Male genital mutilation, euphemised as "circumcision," is also a ritualistic practice. It is worthy to note that it is common in precisely those same parts of the world where female circumcision, condemned as "mutilation," is practiced.

"A young girl's life has been forever scarred by this horrible crime... [t]he elimination of female genital mutilation/cutting has broad implications for the health and human rights of women and girls, as well as societies at large."


...says Sean Gallahgher, a director with the Immigration and Customs Enforcement agency.

Of course, when two-year-old male children are circumcised as this girl is, their lives are also scarred forever by this terrible... act. I have to call it an "act" here, because people don't want to condemn it as "crime" as they readily do female circumcision.

Let's not talk about the fact that boys are circumcised in the same countries girls are, at about the same ages.

"Ritualistic cutting is common in parts of the Middle East, Africa and Asia and some 200 million women and girls have been subjected to the practice, according to estimates from the World Health Organization."


Ritualistic cutting for boys is common in those same parts of the world. It's only a problem when it happens to girls.

"While genital cutting is seen as central to certain communities, WHO notes that the practice often leads to long-term health consequences, such as increased risk of newborn deaths, psychological distress, severe infections and problems urinating. Girls are typically cut before they turn 15."


This same statement can also be said of male circumcision.

And here I have to highlight how FGM is being painted with broad strokes.

The statement says "The WHO notes that the practice *often leads* to long-term health consequences..."

But doubtlessly, people are going to read this as "always leads" to "long-term health consequences."

This statement must be clarified, because even the WHO admits that there are various levels of severity when it comes to FGM.

When it comes to the most absolute brutal form of FGM, which is infibulation, a practice where the protruding part of the clitoris is cut off and the outer labia are cut off and sewn together to leave only a small hole for menstruation, yes, this can result in dire-consequences for the women involved.

The fact is, however, that infibulation only accounts for about 15% of all FGM cases globally.

In other parts of the world, such as countries in South East Asia, namely Indonesia, Malaysia, Brunei, Singapore as well as others, the female genital cutting that goes on there is not as severe. The girls and women there typically don't suffer ANY of the consequences noted here.

In fact, not too long ago, the AAP tried to approve a form of FGM that wouldn't have removed anything. A "ritual nick," as they called it.

In another recent paper published in the Journal of Medical Ethics, authors called for the legalization of some forms of FGM.

I'd like to contrast this with how forced male circumcision is treated in the West.

When "experts" talk about male circumcision, they say it's "mostly harmless" and "seldom results" in adverse effects.

Of course, most people take this to mean it's "always" harmless, and read that "seldom" part as "never."

The risks of male infant circumcision are infection, partial or full ablation, hemorrhage, and even death.

But these risks are always minimized, if ever even talked about.

While the fact that girls and women often suffer complications because they are circumcised by amateurs using crude utensils like rusty blades and glass shards in the bush is highlighted, we hardly hear of the same complications in males circumcised in the same conditions.

Every year, scores of men die as a result of their circumcision, and still, scores of others lose their penises to gangrene.

The boys, men and their families will be "scarred for life," but let's not talk about them.

After all, who are we to judge ageless tradition?

Instead, we hear highlighted all the "potential medical benefits" that "might result" from a boy being circumcised.

We read of all the "rigorous research" that has gone into male circumcision, "showing" that it "could reduce the risk of transmission" of every disease you can name.

"Research" that involved "thousands of men."

I have to ask, is there a "right" amount of research that would ever justify the forced genital cutting of girls and women?

What would we think of "research" where thousands of women had their labia removed, just to see how much STDs they *didn't* get?

What if the "results" showed that it could "reduce the transmission of HIV" in women by "60%?" Would we allow ourselves to change our minds?

Why is it we think differently when it comes to the forced genital cutting of boys?

The man in this case is being made an example of.

But while this is happening, why do we turn a blind eye when it comes to male infant circumcision?

Especially when it comes to complications?

"Thoughts and prayers" for the parents of these poor boys who will be, in the words of Director Sean Gallagher, "scarred for life."

Deportation for this father, whose daughter is probably alive and well.

Not too long ago, a mother was forced to sign consent papers for the forced genital cutting of her son. 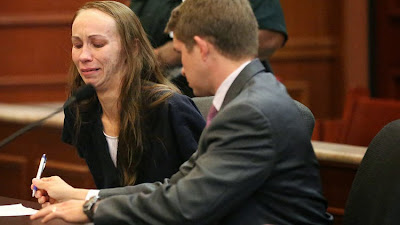 Contrast this picture with the one above

A father is deported for cutting his daughter.

A mother is jailed, separated from her son and forced to sign his circumcision consent papers.

While one parent is guilty of mutilating his daughter, another is "guilty" of trying to protect her son.

Yes, let's not talk about how the boy will be "scarred for life."

This is the country we live in today.

"Thousands more have been sent abroad for so-called "vacation cutting" — a human rights violating practice that involves sending American-born females overseas to be cut. More than 380 people have been arrested in the U.S. for facilitating such crimes since 2003, according to ICE."


Yes, let's pat our selves on the back.

While we ignore the fact that 1.3 million male baby boys are circumcised in this country a year.

American medical boards such as the AAP minimize the number of complications regarding male infant circumcision.

The number presented is a conservative one, at about 2.0%.

This number is rather questionable, because hospitals are not required to release this data, and because parents are often accomplices with doctors who have reputations to protect to keep this information under wraps, but let's just go with it for the sake of argument.

Even at 2.0%, with 1.3 million babies circumcised a year, that is still 26,000 baby boys who will have suffered adverse effects.

How is this conscionable for an elective, non-medical procedure?

Conclusion
Don't get me wrong; this father is getting what he deserves.


I am dead against the forcible genital cutting of all sexes.

However, I will not let this case go by without highlighting American, if not Western hypocrisy on this matter.

The following questions must be asked:

How far are actions justified by "culture?"

Are we picking which "cultures" or "religions" are more important now?

Is a doctor's duty to practice "medicine," or "culture?"

Since when are doctors obligated to participate in brokering "culture" or "religion?"

What other "religious cuttings" are doctors obliged to participate in?

Shouldn't doctors be sticking to medicine only?

What about "parental choice?"

How far are actions justified by "parental choice?"

How are we deciding what is "abusive" and what is "parenting?"

How far are doctors supposed to honor the wishes of a parent to have something cut off?

In the name of "culture?"

In the name of "religion?"

Why do we condemn one father for cutting is daughter, while we award another father for wanting to take his son to have his foreskin cut off?

Shouldn't we be condemning the forced genital cutting of children of BOTH sexes equally?

Complications that made the news and have surfaced on facebook
CIRCUMCISION BOTCH: Another Post-Circumcision Hemorrhage Case Surfaces on Facebook

Circumcision Indicted in Yet Another Death: Rabbis and Mohels are "Upset"
Posted by Joseph at 8:23 AM