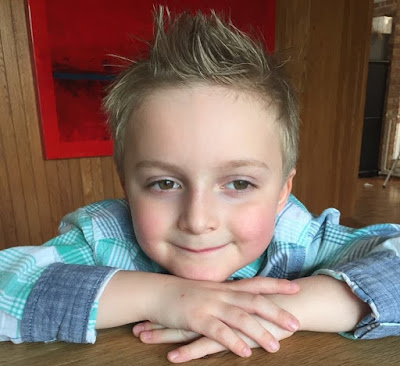 I ran across the rant of a circumcision regret mom on my Facebook news feed and thought it would be worth a post on my blog.

Advocates of circumcision are always trying to minimize the risks and complications of male infant circumcision. "The risks are minimal," they say, without really getting into any detail.

But what are those risks?

But there's a risk that is not often talked about, even though, according to research, it is fairly common, particularly in circumcised males; meatal stenosis, a narrowing of the urethra which makes it difficult to urinate.

I'm not going to say much on this post; I will merely copy/paste the rant, and cite research on the topic immediately following that.

All I will say is that ANY risk is unconscionable, given that male infant circumcision is elective, non-medical surgery on a healthy, non-consenting individual.

The mother's rant was as follows:

Meatal Stenosis. What?
Does your son have it? Do you know what it is?
I didn't, 6 years ago. I'd never heard of it until I started learning about infant circumcision harm, far too late, I might add, to protect my son.
Meatal Stenosis, 100% caused by circumcision.
It's a good thing that I do now. It could have saved my eldest son's life.

Studies Have shown approx. up to 26% of circumcised males develop it- at least 81% in some communities(Israel), experts believe.
I learned about it because of the volunteer work that I do, although he didn't present with typical symptoms. The pediatric urologist told my husband that he was lucky I caught it. I wasn't sure, it was only my instinct and knowledge that saved him. He has it severely, btw. (Edited to add, the pediatric Urologist of nearly 20 years, does about 10+ of these a week, and has NEVER done one on an intact child).
Would you have caught it in your son? Do you know what the symptoms are?

Tomorrow my son has to have a surgery.
A surgery he should never have to have, CAUSED because of the vicious amputation he should NEVER have had to suffer within a day or two of his life. Circumcision.

I will ALWAYS speak out to protect those that can be spared the agony he had to, and has to, endure because a Father wanted the same for his son. He was a victim too. The same old story.....

I will ALWAYS speak out to help STOP this scourge in America.
I will ALWAYS speak out to protect Babies that can't speak or scream 'NO!'.
'Unfriend' me if you are tired of seeing my posts. I, however, am tired of seeing babies suffer, endure years of agony and even death. I'm so tired of it. Tired of seeing MY baby suffer. It makes me nauseous. I have regretted not fighting harder for the last 6 years, and to make it up to him, I will fight till my last breath.
Informed consent? They didn't mention one of the many complications, including Meatal stenosis, to us when we had to sign. That is NOT informed consent. That's deceit.
Were you told?

Fu*k you circumcison. See you in the grave clamps.

That said, here are links to the research, as well as relevant quotes:

"The condition is called meatal stenosis and the risk of developing it is 16-26 times higher in circumcised than intact boys under the age of ten.

Meatal stenosis can occur several years after circumcision, and may lead to infection if left untreated. The only solution is a minor operation under general anaesthesia."
Male circumcision greatly increases risk of urinary tract problems

"Meatal stenosis as a complication is often missed by the clinician because children do not usually have late follow-up after circumcision. The symptoms of pain are often mistaken for symptoms of a lower urinary tract infection and symptoms of distal urethral impairment of urinary flow are usually ignored for many months until parents witness the child's voiding habit."
Clinical presentation and pathophysiology of meatal stenosis following circumcision

"Meatal stenosis is a relatively common acquired condition with a symptomatic presentation that occurs in 9-10% of males who are circumcised; the frequency may be ashigh as 20% after circumcision if the condition is defined as a meatal diameter of less than 5 French."
MedScape: Meatal Stenosis

JOHNS HOPKINS: Meatal Stenosis Article Scrubbed from Website
Posted by Joseph at 10:24 AM