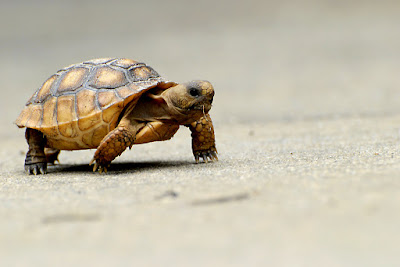 I'd like to apologize to my readers; I haven't been as active on this blog as I'd like to be. Believe it or not, your blogger has a life outside of intactivism, as intactivism isn't making me rich, and I need to maintain a family. I wish there was some sort of way to be active in this movement, AND make the money that I need for me and my family to survive while doing it.

Recent News
There have been a lot of important things in the news regarding circumcision. Every time I see something I tell myself "I'll write a blog post about it today," but hardly ever have the time to actually do it.

Today, what I will do is, I'm just going to go down a list of recent pieces of noteworthy news and briefly comment on them.

Iceland Ban
I already posted my thoughts on this in my last blog post, but in short, I don't think it's realistic, and like the San Francisco attempt, it is going to fail. We just aren't ready for a ban yet. We were ready for a ban on FGM because the West already pretty much agreed that they hated it, unlike with MGM, where it's become pretty much ingrained in American culture. They say that in big movements like these, laws are the very last things to change. There will be a ban when we get most of the world on-board the idea that forcibly cutting the genitals of healthy, non-consenting individuals is a violation of basic human rights.

Recently Published Studies
A number of studies that throw a monkey wrench in the pro-circumcision narrative have been published.

A study that showed circumcised men are at a higher risk for cancer-causing HPV was published last year in May, but it didn't really make the news until the latter part of the year. The usual claim by male infant circumcision advocates is that HPV prevalence is higher in intact men, supposedly making them a risk-factor for cervical cancer in women. If this study is correct, then the exact opposite is true.

In another study that was published relatively recently, findings showed that male circumcision greatly increases the risk of urinary tract problems. Again, this goes contrary to the pro-circumcision slogan that male circumcision is supposed to reduce problems with UTIs and the like. This wouldn't be the first study to show this, however; other studies have showed an increase in UTIs post-circumcisions. Studies in Israel here, here and here suggest that circumcision may actually be causing UTIs in infants.


What this latest study goes on is a regional claims database. Because some adverse outcomes of circumcision go unreported, this can only be a conservative estimate.


Congratulations to the film maker Brendon Marotta for yet another award for his film.

Public Muslim Man Advocates for Choice
When I first saw this tweet, I just couldn't believe my eyes. I'm so glad that, Jews, as well as Muslims, are speaking out against forcibly cutting children, even under religious pretext.


"My community will see me as a traitor for what I'm saying" - @MaajidNawaz on male circumcision for religious reasons #ThePledge pic.twitter.com/LWv2eHMJpJ
— The Pledge (@ThePledge) March 1, 2018


I'm so glad to see people from circumcising faiths speaking out like this!

Well, that about wraps it up for this post.