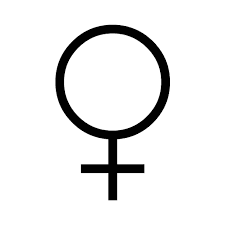 I’m going to be honest. This year is the first time I’d ever heard of International Women’s Day.

So when I started seeing posts about it on my Facebook news feed, I’ll admit I was one of those men wondering if men had an “International Men’s Day.”

It would only be fair, right?

So I look it up on Google, and the first thing I see are posts by, obviously angry feminists, bemoaning that every year, there is a spike in searches for the question “When is international men’s day?”

Apparently, I’m not the only one that asked.

But they seem to frame it in a way that somehow men all get together and collectively decide to antagonize women.

One blogger compared this phenomenon to a jerk friend attending s friend’s birthday party and asking “Dude, where’s my birthday?”

Apparently people like me are akin to birthday party crashers now.

Reading through these posts out of curiosity, the common denominator is this idea that “men have had their own celebration all other 364 days a year, for centuries,” and I call BULLSHIT.

I work and maintain my household day in and day out with maybe only major holidays off. Some Christmas Eves I have to work up until Christmas dinner, and I never once asked for a “celebration.”

Fuck, I STILL don’t care that I don’t get a pat on the back. I’m a father. It’s my responsibility to work and raise the kids I begat. In Chris Rock’s words, “You’re *supposed* to take care of your kids! What do you want, a cookie?”

I seriously only decided to ask Google cuz I genuinely wanted to know if there was an equivalent to International Women’s Day.

That’s really all there was to it.

That’s said, on this International Women’s Day, I’d like to take this opportunity to celebrate a special woman.

A woman without whom this intactivist movement would not be possible, Marilyn Milos. 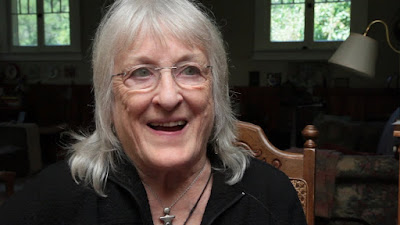 It took a woman to finally look at the procedure of taking a healthy, helpless, non-consenting newborn, strapping him down and cutting off part of his most sensitive, most private, most intimate part of his body and question it’s medical necessity.

She could have decided to focus on the anti-FGM movement, but she didn’t; every other feminist woman is doing that.

She decided this issue needed attention, and she took it upon herself to dedicate herself to this issue, and to raise awareness about something that was happening every day, 1.3 million times a year, and nobody was noticing.

It took a woman to hear the screams American doctors cannot hear, and to question the validity of routine male infant circumcision as a medical procedure.

Sadly, American doctors continue to tune boys' screams as they cut into their genitals, strapped spread eagle style on a circumstraint, but we’ve come a long way.

The world is more aware of this atrocity, this violation of the most basic of human rights, this crime against humanity today, and it’s all because this woman decided to stand up, question and raise awareness.

Marilyn, thank you for what you have done.

Thank you for dedicating years of your life to this cause.

Thank you for fighting for the contention that boys have the same basic human right of genital autonomy as girls do, that boys should be afforded the same protection under the law as girls.
Posted by Joseph at 1:07 PM