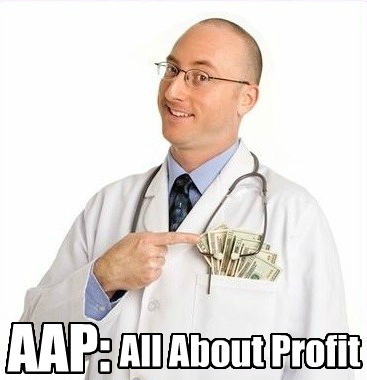 One of the biggest incentives for American doctors to promote and perform circumcisions on healthy, non-consenting infants is that it's easy money.

And yet whenever this is mentioned, people tend to downplay this factor.

"Doctors don't make much from circumcisions," some will say.

"What doctors make from circumcisions is nil," say others.

So how much does a circumcision cost?

Parents who want to have their child circumcised get quoted small-time three-digit numbers, ranging from 100 to 400 US dollars.

This doesn't sound like much, but then the question is, is this the full cost?

Is this only what parents pay out-of-pocket and the rest is covered through a co-pay system?

The last time I checked, at least one doctor in Canada charges up to 450 dollars Canadian a pop.

In an article released not too long ago, one doctor says he charges $700.

In this same article it is mentioned that after insurances pay, hospitals in Alaska still collect 340 dollars, which raises the question of how much exactly are insurance companies paying?

According to this article, at least one hospital, Alaska Regional, charges $2,110 per circumcision.

Given this figure, at 1.4 million babies being circumcised a year, American hospitals can be making as much as $2,954,000,000 on circumcision alone.

I thought $2,110 was a lot of money for circumcision, but it turns out this figure may actually be modest.

Here's a screen shot in case it gets deleted: 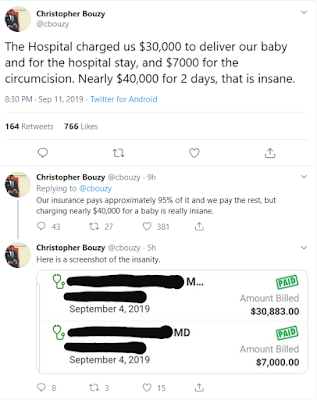 It is estimated that 1.4 American baby boys are being circumcised a year.

To which I ask skeptics; you still think it isn't the money?

This has got to be the biggest medical scam in American history, and sooner or later those who perpetuate it will be held responsible.