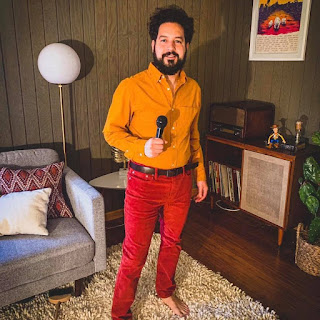 On American TV, it's just a constant barrage of "Ew! Foreskin. Men need to be circumcised. It's cleaner. Uncircumcised men are gross. Blah blah blah blah." Whether it's on the news or sitcoms. Some comedians even cringe at intactness and sing the praises of circumcision.

So when I see a comedian openly question male infant circumcision, openly criticize it, it gives me a feeling that maybe things are starting to change.

I was scrolling down my Facebook newsfeed and I noticed someone had posted a video of a comedian talking about how he got criticism for not having had his child circumcised despite the fact that he was circumcised.

I can't post a video of it here because at least for now, it's exclusively on Facebook. However I did transcribe it and I'm going to post it right here.

When you have a son, you have to decide if you want to circumcise him or not, I didn't want to do it. I'm circumised but I thought it was unnecessary.

People got really mad at me though. People are still really pro-circumcision.

Main argument, people are like "It's cleaner! It's cleaner!" And I'm like, "How about we try some soap and water first? Before we just start chopping things off people's bodies."

Like "Eew! The butt's gross! Get it outta there!"

Like "First two years! Do whatever you want! No memories!"

Then the weirdest argument I kept getting from multiple people, where like, who knew I was circumcised, they were like, "Well don't you want your penis and your son's penis to MATCH?"

What kind of fucked up father/son pageant do you think we're entering into?

Like "Hello my baby, hello my darling, hello my ragtime gal..."

"Look at those penises! They're so similar! Same barber..."

I'll link to the video on Facebook here, but I think it's only accessible to those who have Facebook accounts.

"THANK you, THANK you!" I thought.

So I decided to check out the origin of the video and I see the guy's Facebook page. (Visitors with Facebook accounts can see it right here.)

And I notice the name is Ahmed Bharoocha.

Now, mind you, I had never even heard of this comedian.

To me this is a big deal, because I know that having your child circumcised is seen as a religious requirement not only for Jews, but also for Muslims.

I've gotta say, I admire this comedian for his bravery in openly admitting he left his own child intact and criticizing circumcision through his act.

Good for this guy.

Even though he himself is circumcised, he decided this isn't something he wants to do to his son. Seeing this video and finding out about this man and his son made my day. 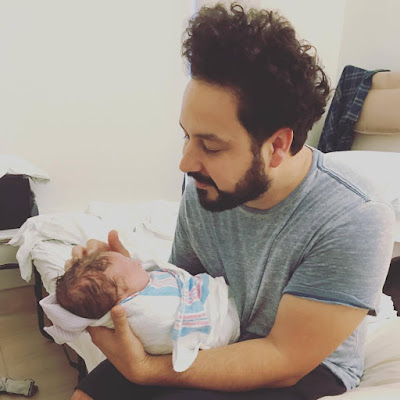 But you know, Ahmed isn't the first North American comedian I've heard openly talking about intactness and circumcision. Not too long ago, I saw another video clip by a guy named Andrew Schulz.

I don't know too much about this guy either, but that name "Schulz" sounds rather Jewish.

I can't be sure, though, so don't quote me on this.

Why would this be a big deal?

I imagine that if criticizing circumcision is difficult for anyone, it has got to be for a Jewish man, as male infant circumcision is seen as divine commandment for Jewish people.

But who knows, maybe he's not even Jewish.

It's still a big deal, because male infant circumcision is ingrained in American culture.

I'm going to post a transcription of the above clip here, because I think it's just awesome.

"I heard this girl say 'I would never hook up with a guy with an uncircumcised penis.'

How DARE she say 'Ah, uh, it's this little extra skin at the top.'

'You got a JELLYFISH floppin' between YOUR legs... Never complained about THAT...'

We LOVE your vaginas. Both types.

That's the sound of a room full of women sayin' 'There's two types of vaginas? What type of vagina do I have?'

One are the 'innies,' right?

They'd be like 'What are we doing? I don't even know you! Okay!'

And then there are the 'outies,' right?

And those are the ones that look like someone took a picture if it on a roller coaster...

That shit's floppin' around for no reason... Is this a vagina or a balled up fruit roll-up? WTF is going on? I love fruit roll-ups, though, so it's not a problem for me."

Yes, it looks like the culture is finally changing...

This reminds me of that whole Taylor Swift/ Harry Styles breakup.

Women are always balking at intact penises, it's about time people start talking about intact vaginas.