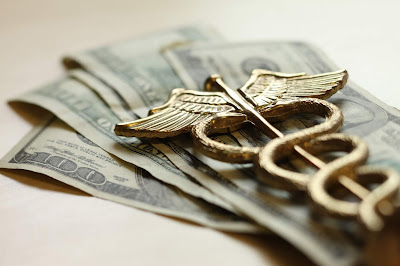 A month ago, in March, I posted about how one possibly good thing to be happening during this whole coronavirus pandemic is the fact that elective surgeries in the United States are being postponed if not canceled in order to preserve equipment such as masks, avoid patient infection, and ensure adequate medical personnel for responding to COVID-19 patients. I posted about how some new parents have been surprised to find that their providers currently aren’t performing circumcisions. 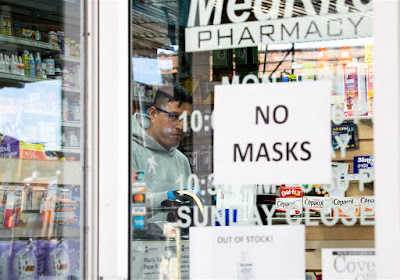 Well, just today, a fellow intactivist, Jason F., posted on his Facebook wall the window of opportunity that this pandemic presents to intactivists; the pandemic has resulted in massive budget shortfalls, and now states are looking to cut expenses.

I've posted content by this fellow intactivist before, regarding meatal stenosis. (That blog post can be accessed here.) I don't have time to sit down and write long, detailed blog posts anymore, so I'll merely copy and paste what he wrote here:

The following was copied and pasted from a status on the Facebook wall of Jason F. with his permission.

Forget the brief period when states said elective procedures should be put on hold.

The BIG news is the massive budget shortfalls facing almost every state due to CoViD-19 and related closures. Tax revenues are dramatically down and states are frantically looking in every corner of their budgets for where they can slash expenses.

Circumcision should be the first to go (from Medicaid) in the 35 states that still pay for it automatically at birth. It is outrageous that states would prioritize genital mutilation over other critical services; it’s outrageous we were ever paying for this with our tax dollars in the first place. Even in the 15 states that have dropped routine infant circumcision from Medicaid, doctors and nurses and administrators often find ways to do the surgery, code it fraudulently and get paid. Think about it: infant circumcision is such an essential business in the USA that medical professionals are willing to risk their careers, risk massive fines and possibly jail to ensure that every parent who asks for circumcision is served. Circumcision as identity.

If ever there was a year to strike, it’s 2020. Contact your state representatives and senators (especially those on the budget committee), contact your state Medicaid office or Department of Health, and make the case that penis chopping should be on the chopping block. New York, Illinois, Texas, Pennsylvania, Michigan and Ohio stand to save millions of dollars from doing like the rest of the civilized world + 15 American states in eliminating circumcision of healthy boys from public healthcare programs.

COVID-19 has led to dramatic decreases in revenue for state governments across the country — regardless of which party has its hand on the wheel. Many states are still crunching their numbers ahead of the next fiscal year, which begins in the summer for most. [Hint hint: budgeting season starts NOW.]

The lastest came on Tuesday afternoon when Ohio Gov. Mike DeWine, a Republican, announced that the past two months have led his state to miss its budget estimates by $776.9 million and that he is cutting $775 million in spending as a response. Those cuts, which include $210 million to Medicaid and $465 million in education spending, must be made within the next two months, he said. (Ohio is already $777 million short — if they keep paying for circumcision in the face of this, the should burn in hell. Mike DeWine should put a stop to it tomorrow.)

With the COVID-19 outbreak shutting down large swathes of the economy, all sorts of revenue sources for the states have dwindled significantly, including sales, income and other taxes.

In Maryland, state budget officials outlined a nearly $3 billion shortfall they're projecting in the final quarter of this fiscal year. Some other states in serious trouble: Oklahoma, Alaska, Arkansas, Wyoming and West Virginia.
(Original article can be accessed here.)

West Virginia and Ohio (along with Michigan, Kentucky and Indiana) have the highest infant circumcision rates in the country. Why are they still paying for it in the face of the biggest budget crises in a lifetime???

You heard the man. Get right to it!