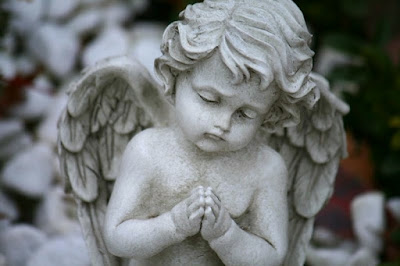 I was scrolling down my Facebook news feed and this caught my eye. I'm not going to comment much on this one... I'm just going to copy-paste what the mother wrote as it speaks enough for itself.

"He was born completely healthy. He died because they were negligent and didn’t clean their circumcision tools and because of that my son contracted herpes and suffered everyday of his life in pain.

"When we came home from the hospital, I told my husband and his pediatrician there was something wrong with my baby. As soon as he came back from having the procedure, he started acting differently. He cried constantly. You see he was in pain. He would clench up, he refused food. I kept telling the dr and my husband there is something wrong with my baby and I think he is going to die.

"He stopped breathing which landed us into the hospital with our 16-day-old baby. It took a week to figure out he had hsv2, which is herpes. The herpes caused him to get meningitis and encephalitis, which eventually ate his brain to the point his brain was liquid.

"My son had 7 spinal taps during his stay. We brought him home after 7 and half weeks in the hospital. At this point they are telling us that he is going to be completely dependent on us the rest of his life, that he suffered severe brain damage.

"We were able to bring him home but he was on iv medication for 2 weeks at home. He needed medication by iv round the clock. My son was on 12 medications. He suffered from seizures due to the meningitis.

"On August __ my son turned blue and stopped breathing again in my arms. We had been home about two weeks. We called 911. They drilled a hole into his tiny little leg on my couch in my living room to get him the iv medication.

"On August __ we had to make the decision to take him off life support. He was completely brain dead. He stopped opening his eyes, eating, crying, moving.

"My little boy was gone. My husband and I took him off life support at 1:22 pm. He died in my arms at 10:35 that night. I watched my little boy slowly stop breathing and die and that was the hardest thing I have ever gone through in my entire life, but he would never be off a ventilator nor would ever open his eyes or speak or anything.

"My daughter was just over the moon happy with having a baby brother. She loved him so much. We had to send her to stay with my parents while our son was fighting for his life so in a sense she lost her brother and her parents for a while.

"She was devastated. She has said so many times she wants to die and go to heaven to be with her brother. She is only 6 years old. We kept her involved as much as we could but this has affected her in so many different ways. We went from explaining to her that he was going to be different and special and need lots of care to I’m sorry but your brother is going to die. She got very mad and hated the world for taking her baby brother.

"The hospital blamed me, saying I gave him herpes which we were able to prove that I don’t have it, never have, nor have I ever been exposed. Our lawyer has been able to pin the time frame along with drs to prove that Oliver caught the infection during the circumcision.

"We didn’t know how it was done until after my son died and I watched a video and I almost lost my mind to see how cruel it is.

"I would have fought with my life to stop the circumcision but they said it was safe and normal.

"We both lived in the hospital with our son. We never left him we were just praying to God that our little boy would live. This child our son is my husband's only biological child . I remember us both blaming ourselves for what happened to our little boy. There was a lot of resentment, a lot of anger towards the hospital where he was birthed. This mistake cost our son his life and tore our family up." 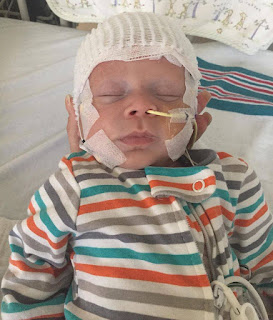 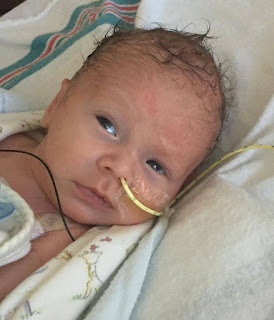 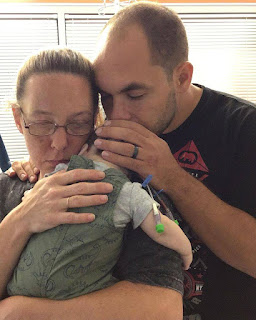 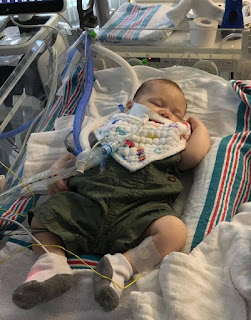 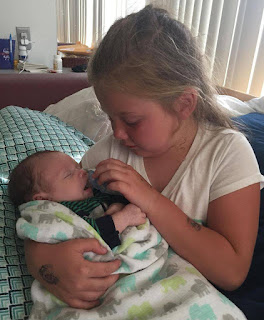 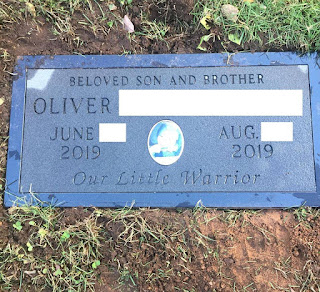 Cases of herpes being spread from mohels and rabbis to male infants have made headlines before, but this is the first time your blogger had ever heard of a child contracting herpes at a hospital from a secular, non-religious circumcision.

The risks of male infant circumcision include, but aren't limited to, infection, partial or full ablation, hemorrhage and even death.

Because male infant circumcision is elective, non-medical surgery, any risk above zero is unconscionable.

This is the question the AAP must address in their next policy statement on male infant circumcision.

It sounds like this mother didn't make a fully informed decision.

Without medical or clinical indication, doctors have no business performing elective, non-medical surgery on healthy, non-consenting individuals, let alone be eliciting any kind of "choice" from the child's parents.

Deaths due to circumcision surface on Facebook all the time, and yet they barely get any coverage in the news.

I could only imagine that reporters would find more, would that they bothered to look.

The problem is that male infant circumcision has become so entrenched in American society that people have a tendency to look the other way whenever deaths like these happen, or to find some sort of excuse for it.

How many deaths will this take?

How many parents would refuse this needless surgery on their healthy children if they knew death was a risk?

List of Deaths and Complications Documented on This Blog:
ITALY: Yet Another Circumcision Death

TEXAS: 'Nother Circumcision Botch
Posted by Joseph at 9:09 AM