Harvard Responds to Eric Clopper with a "Motion to Dismiss" 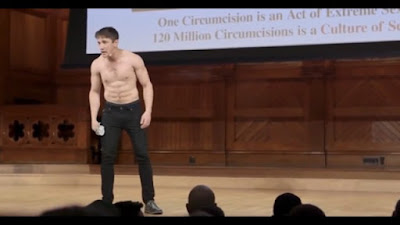 In my last post related to this ongoing saga, we learned that Eric Clopper filed a lawsuit against Harvard University for enacting a smear campaign against him for show he put on at Harvard's Sanders Theatre. (Please read about this in my last post and on related posts listed at the end of this post.)

Just yesterday, Eric Clopper sent out an e-mail updating us as to the situation of the lawsuit he filed against Harvard. The e-mail reads as follows:

It's been ten weeks since I filed my complaint against Harvard et al. to begin my lawsuit against them for the violation of my right to free speech and other claims.

To extend the courtesy to defendants Harvard and The Crimson that they never extended to me during their "investigation," retaliation, and defamation campaign against me following my play, I wanted to give you the opportunity to read their latest arguments that they made and then filed with the federal court.

To this end, I have compiled ALL public court documents and uploaded them to my website at https://www.clopper.com/docket (updated periodically)

The first substantive argument Defendant Harvard has filed with the federal court is their "Motion to Dismiss for Failure to State a Claim." (DOC #30)

This motion was described to me in law school as a "So what?" defense. These motions argue (in the generic sense, not specific to my case), "Let's assume all your alleged facts are true. Even if they are true, so what? There are no legal remedies for the facts as you state them."

You can read Harvard's "So what?" defense (DOC #30) and compare them to my Complaint (DOC #1) then form your own opinion.

I don't have time to comment long on these situations nowadays, but it appears Harvard is trying to get away with the defamation. In addition to denying the very thing Harvard has historically made the case for, free speech, they went on to smear and defame Eric Clopper, and now they want to fold their hands and pretend as if they shouldn't be held responsible.

It is my hope that, for the good of Freedom of Speech, for the good of university students everywhere, but most of all, for the awareness of true and factual information regarding what is quite possibly the most common elective, cosmetic procedure in the country, and for the advancement of equal rights for male infants, justice prevails.

In a way, Harvard's heinous acts can be seen as a blessing. Had Harvard merely kept quiet and let Eric's show be, he wouldn't have garnered much attention. But due to the fact that Harvard wants to play hard-ball, this is giving attention to Eric and his message, perhaps more attention than the male infant circumcision advocates at Harvard had intended.

For those of you wishing to help Eric Clopper in his litigation against Harvard, please visit his website here.