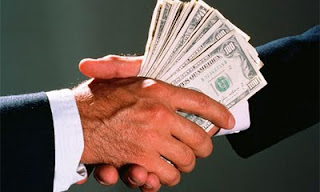 In earlier posts, I point out how "mass circumcision campaign" efforts have been unsuccessful in coercing men into circumcision in some parts of Africa. So desperate are some circumcision promoters in getting their programs off the ground that they've tried turning to various propaganda approaches, without much success.

In Swaziland, for example, the Soka Uncobe ("Circumcise and Conquer" in Swazi) campaign had been so unsuccessful in convincing the men to undergo the knife since its launch*, that they've tried hiring an entire sports team to endorse the project. As if that weren't enough, organizers "re-launched" the program in July, with the endorsement of the Swazi King, which, by the way, keeps many wives and isn't even circumcised himself. To top it off, they've even tried hiring an artist to try and beautify the genital surgery, thinly veiling it in artistic expression. Millions of dollars in trying to convince men to cut off part of their penises, this despite the fact that HIV transmission was found to be more prevalent among the CIRCUMCISED in their own country. I can think of no better expression to describe the situation, than officials pissing in the mouths of Africans and calling it rain.


As Table 14.10 shows, the relationship between HIV prevalence and circumcision status is not in the expected direction. Circumcised men have a slightly higher HIV infection rate than men who are not circumcised (22 percent compared with 20 percent). (p. 256)

*Numbers vary by source: According to the Swazi Observer, Xaba reported that 28,000 out of 152,000 men had been circumcised as a result of the campaign, while Times Live reported only 3,000

In Botswana, only 14,000 of 467,000 targeted men (12%) have stepped forward since the program began last year, according to a Mmegi report in July. In the words of Principal public relations officer at the ministry of health, Temba Sibanda, that a large portion of the targeted group was not coming forth for circumcision is a "mystery." Here too, officials decided to go with the football team approach.

According to The Standard, officials in Turkana County, Kenya, are facing the same challenge in meeting their quota; since their program began in March this year, only 3,000 out of 175,000 men have come forth for the operation. Numbers were high at first, but they've since dwindled. Their approach? Bribe men sh100 ($1.07) to get circumcised. Through their paid referral program, men also get paid for each man they bring in for the operation.

"We really want this programme to succeed. That is why we are giving locals, who visit health facilities for the cut, incentives."

"This approach will help us to achieve our targets. The more you bring clients to the health facility for the cut, the more money you get... We are educating the community the health benefit of male cut in the prevention of HIV to encourage men to get circumcised."

I've asked before, and I'll ask again; have "mass circumcision campaign" organizers ever considered the possibility that some men may never agree to get circumcised? That some men treasure their bodies and would prefer an alternative? What alternatives do circumcision campaign organizers have ready for such men? Or was preferring to stay intact simply not supposed to be an option?

These are questions that these program organizers must answer. What if despite all the efforts, the men would prefer an alternative to circumcision? Do they have that scenario in mind? Do they have education packages as part of these "mass circumcision campaigns" for men who do not want to be circumcised in place? Or are they simply not going to offer these men that option?

So much for education and informed consent...

KENYA: Men bribed to be circumcised
Posted by Joseph at 10:07 AM