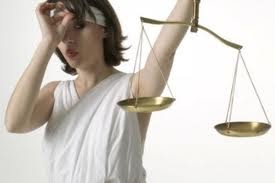 As a reaction to intactivist efforts to limit circumcision to medically necessary procedures in San Francisco, Assemblyman Mike Gatto guts and amends Assembly Bill 768, and instead makes it into a law that decrees circumcision to be "medically beneficial."

Not only did the Senate Judiciary Committee vote unanimously, 5-0, in favor of passing it, the State Senate has actually approved of the bill, again unanimously, 37-0. It now returns to the Assembly for a final vote on Senate amendments.

If this bill goes through, it will codify medical statements that no medical organization in the world, not even in the United States, has ever dared to make.

This, the claim that male infant circumcision is a surgery with health benefits, enough to endorse the practice, is not at all consistent with the view of male circumcision given in the statements of medical authorities in and outside of the United States.


"The British Medical Association has a longstanding recommendation that circumcision should be performed only for medical reasons... Recent policy statements issued by professional societies representing Australian, Canadian, and American pediatricians do not recommend routine circumcision of male newborns".
~AMA Report 10 of the Council on Scientific Affairs

"Current understanding of the benefits, risks and potential harm of this procedure no longer supports this practice for prophylactic health benefit. Routine infant male circumcision performed on a healthy infant is now considered a non-therapeutic and medically unnecessary intervention."
~College of Physicians and Surgeons of British Columbia

"[We] do not support recommending circumcision as a routine procedure for newborns."
~The Canadian Paediatric Society

"The BMA considers that the evidence concerning health benefits from non-therapeutic circumcision is insufficient for this alone to be a justification for doing it."
~The British Medical Association

"...the level of protection offered by circumcision and complication rate of circumcision do not warrant a recommendation of universal circumcision for newborn and infant males in an Australian and New Zealand context."
~The Royal Australasian College of Physicians (RACP)

"The official viewpoint of KNMG (The Royal Dutch Medical Association) and other related medical/scientific organizations is that non-therapeutic circumcision of male minors is a violation of children’s rights to autonomy and physical integrity. Contrary to popular belief, circumcision can cause complications – bleeding, infection, urethral stricture and panic attacks are particularly common. KNMG is therefore urging a strong policy of deterrence. KNMG is calling upon doctors to actively and insistently inform parents who are considering the procedure of the absence of medical benefits and the danger of complications."
~The Royal Dutch Medical Association

The trend of opinion on routine male circumcision is so overwhelmingly negative in industrialized nations that it would be quite surprising were male circumcision to be recommended in the United States. No respected U.S. based medical board recommends circumcision for U.S. infants, not even in the name of HIV prevention. They must all point to the risks, and they must all state that there is no convincing evidence that the benefits outweigh these risks. To do otherwise would be to take an unfounded position against the best medical authorities of the West, within and outside of the United States.

And yet, despite this clarity, self-serving politicians like Gatto have managed to get a 5-0 vote from California judges. And now, apparently, the State Senate has unanimously approved the bill 37-0. How is this possible?

California judges and senators are either ignorant of current medicine, or they've been bought out by special interest groups. Either that, or they've been frightened by the unspoken understanding that not signing on is tantamount to implicit antisemitism.

It should be noted that Mike Gatto is a beneficiary of the ADL, a Jewish organization, and one of the most vocal opponents of the San Francisco circumcision ban. (This can be investigated here.) Additionally, Gatto is former employee and understudy to Brad Sherman, a Jewish man who is working on a similar law that would silence the circumcision debate on a federal level.  Ironically enough, Gatto is also currently alleging that the current democratic process has been "hijacked by special interests."

Gatto and his ilk may have been successful in ramming this self-serving law past the democratic process in California, but he is gravely mistaken if he thinks this law will stand. It has absolutely no basis in reality, and it is clearly an attempt to protect religious interests in the name of medicine. The truth will eventually be known, and this law which defies all of medicine will be repealed.


"Though a lie be well drest, it is ever overcome."

This law basically places legal protection on charlatanism; it allows doctors to push quackery on naive parents. Placing on parents the responsibility of determining the medical necessity of a surgical procedure is clear professional abuse, and it is this doctor-parent-patient "relationship" that Gatto wishes to preserve.
Posted by Joseph at 9:29 PM