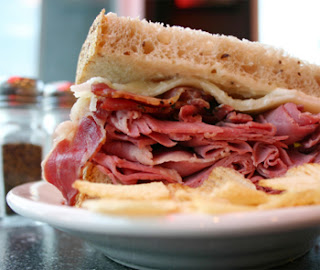 What sort of images or thoughts did reading the title of this blog post conjure? Did it pique your interests? Did you think "That's such an interesting title, I have *got* to read what this is about."?

Perhaps that was the idea behind the blog "Domestic Diva."

Apparently, the author's mother "raised the perfect housewife... then she went to med school."

Perhaps she was trying to allude to the theme of her blog, which seems to be to create humor by mashing up completely unrelated topics of conversation.

(She's a med student, but doesn't know how to spell altar... Maybe she's just obsessed with altering boys? Mmmbah-hah-hah... Get it?)

Perhaps she was trying to go for shock value?

Well, whatever. To each their own.

People are free to say and write whatever they want.

This *is* the internet, after all.

In one of her recent posts, however, she chose the wrong thing to joke about.

Circumcision and Mac and Cheese
I never expected to see these two things together in the same breath. Never in my life. And yet, there it was! If Domestic Diva was hoping to achieve shock value, she did not fail to deliver.

But what follows is more shocking.

It was so disgusting and so revolting I couldn't believe it.

In one instance, this person is trying to make fun of infant genital mutilation for her reader's amusement, and in the next, as if nothing had happened, she proceeds to give her readers a recipe for macaroni and cheese.

Imagine me poking fun at a baby girl as I cut off her labia. No, not her clitoris, just the extra flaps of skin that resemble chewed up bubblegum. (This might sound out of whack, but ask yourself, what choice words do people have to degrade the male foreskin? Read more about labiaplasty, here.)

Imagine me gazing at a baby girl's vulva to judge whether it's sexually mature enough before I cut into it. Imagine me making jokes of stimulating her in a sexual manner.

Now imagine me posting a blog about it with a recipe for pastrami sandwiches on the internet.

What would you think of me?

What would you think if I ever tried to trivialize and even try to draw laughter from the fact that I have taken a knife and cut off part of a baby girl's genitals?

You would think I was sick, disgusting and despicable, not to mention, unprofessional.

I'd like to dissect some of this horrendous entry:

Domestic Diva writes:
"...my current patient was a "feeder and grower" premie (some babies are too tiny to go home right away and they need to learn how to eat). We were seeing him that morning when mom and dad informed us that they wanted a circumcision."

How she nonchalantly mentions the fact that her patient was already in a precarious position, having struggled to survive, speaks to her disinterest in the patient's well-being. More important is the fact that she is checking one more thing off on her to-do list to advance in her career, and the parents' wishes to have this child circumcised, the risks of operating on a fragile child be damned.

"My attending stated that we’d have to check the size of his penis since he was such a teeny munchkin, to which his mother bragged proudly, "Oh, it’s big enough."

We all looked while mom smugly looked on, and my attending then said, "Wow, it is."

And the fun didn’t stop there!"

The fact that this child's mother invited her to gaze at her son's penis in a sexual manner?

And that she actually LOOKED?

But the "fun" didn't stop there, apparently...

The "fun" continues with deliberate misinformation.

"Now, for the sake of my male readers, I’ll spare you most of the details about this procedure. However, I will say that you need to make sure that you make a clean cut and then remove any extra skin to prevent an awkwardly bent penis later in life (and no one wants that!)."

First of all, the foreskin is not "extra." It is normal, healthy tissue with which every male is born. And second, removing too much skin may actually CAUSE the very complication she mentions! Removing too much skin may cause the wound to reopen later in life because the left-over skin cannot accommodate the shaft. (Read one man's story, here.) She is either not informed of the risks, or she is conveniently forgetting to mention them.

On with the "fun":
"To describe this method on a particularly difficult piece of extra skin, my attending said to the senior resident and me: “Now you just use this towel and rub it out.”

Dad, sitting in the corner, burst out laughing.

My attending’s face went instantly red and she started blabbering, "Oh my god, I can’t believe I said that! It sounds like I was talking about jerking him off! OH MY GOD WHY AM I STILL TALKING! I’m sorry!!!"

Actually, she was "jerking him off." In order to give the doctors an idea of what they're working with, it is necessary to give the child an erection. The attending was quite literally jerking the child off.

A child goes from experiencing pleasurable sensations to excruciating pain. Isn't that funny?


"After taking a brief break to recover, we managed to perfectly finish the circumcision and took him back to mom. Dad walked in, pointed at my attending, then said to his wife, "You’re not gonna believe what she said back there."

It was at that point where we found it best to disappear from the room."

And come right out and write a blog post about it online, of course.

Outrage
I can't say how absolutely outraged I was when I read that disgusting, insulting piece of work. Followed by a recipe for mac and cheese? Really?

But the story doesn't stop there.

Many of us intactivists, outraged by this sick, disgusting filth, tried posting commentary on her blog post, only to have it promptly removed.

And, as if this weren't enough, she provides a link to a Facebook page where she markets her blog. Others try to comment, and the same actions ensue, our comments deleted.

Well, all I've got to say is, she may refuse to publish dissent, but she cannot stop others from calling her out on her tasteless, disgusting sense of humor elsewhere. She is absolutely mistaken if she thinks she can just write something so revolting and insulting and not hear back from us.

The plot thickens
Determined to get to the bottom of this, I decided I'd investigate to see who this "Domestic Diva" was, and I was appalled at what I found. (Her blog gives a link to her blog's page on Facebook.)

Apparently, the "Domestic Diva" is one Megan Gayeski, and she is the Vice Chair for the Medical Student Section of the American Medical Association.

This is eerily disconcerting.

These are the kind of people who eventually end up working at high positions in major medical organizations.

Is this the kind of people they have working at the AMA?

Does Gayeski know what the AMA has to say about infant circumcision? Even the AMA must acknowledge that the trend of opinion on routine male circumcision is overwhelmingly negative in industrialized nations, and that no respected medical board in the world recommends circumcision for infants.

"The British Medical Association has a longstanding recommendation that circumcision should be performed only for medical reasons... Recent policy statements issued by professional societies representing Australian, Canadian, and American pediatricians do not recommend routine circumcision of male newborns."
~AMA Report 10 of the Council on Scientific Affairs

Amusement at expense of defenseless children, at the expense of the most basic of human rights, is sick, tasteless and disgusting, not to mention out of line and unprofessional.

Megan Gayeski ought to be ashamed of herself.

Her post "Circumcision and Mac and Cheese" was insulting, disgusting and deplorable.

To make fun of a child and make sexual innuendo as you mutilate his organs.

And then to try to make it an interesting blog post about it for others' amusement. 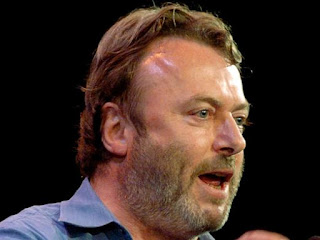 "Genital mutilation is no joke."
~Christopher Hitchens
Rest in peace, Hitch...
Posted by Joseph at 9:20 AM