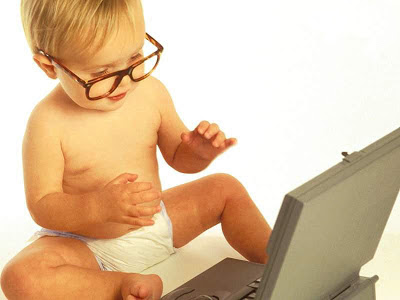 The battle for genital integrity and basic human rights for boys has come a long way. Advocates of circumcision have come to realize that appeals to antiquity, tradition and religion simply aren't enough to justify the forced genital mutilation of healthy, non-consenting minors. They now call and plead with the gods of science and research to vindicate male infant circumcision, and to placate human rights activists, such as myself, as if science and research could be used to make an ethically repugnant practice morally acceptable.

While in the past, most parents confronted about the issue made appeals to their religion, or the fact that "this is what's been done in our family for generations," today, no circumcision apology is complete without appeals to knowledge and scientific research.

"Don't you insult us by posting links to studies and papers," retorts many a parent defensively; "We've done our research."

There are a few things wrong with this type of reasoning, beginning with the notion that an ethically repugnant practice can be made justifiable with "the right amount of research."

The second thing I find wrong with this kind of reasoning is the delusion that parents can demand procedures for their children as long as they can dig up the "research" that suits them, and that doctors are obliged to comply, like servants at their beck and call. For any other medical treatment and procedure, it is usually the doctor's professional responsibility to "do the research," and determine the medical validity of a procedure. Only after a doctor has issued a diagnosis and prescribed treatment can a parent be asked to consent to treatment. Circumcision seems to be the only instance in American medicine where it is lay parents, not doctors, who are expected to determine the medical validity of a surgical procedure, and then doctors are expected to act on this judgement, whether it be consistent or inconsistent with the medical trends of the time.

But thirdly, what I find particularly disconcerting about about "we've done our research" is the fact that, if current position statements from the most respected medical authorities in the world are correct, this is simply not possible.

The fact is that the trend of opinion on routine male circumcision is overwhelmingly negative in industrialized nations. No respected medical board in the world, not even the AAP, recommends circumcision for infants. All of them, including the AAP in their latest statement, state that there isn't sufficient evidence to warrant this endorsement, much to the chagrin of circumcision advocates.

It is simply not possible, then, that parents who defend their decision to have their male children circumcised "did their research."

Parents who claim having "done their research" and choose in favor of circumcision take an unfounded position against the best medical authorities of the West.

"We've done our research" is, then, a poor attempt at sounding intelligent, that human rights activists in the know will see through rather quickly.

It is simply not possible, then, that parents who choose in favor of circumcision "did their research."

It is fallacious to expect lay parents to examine the same body of evidence, and come up with a more reasonable conclusion than that of entire organizations of medical professionals.


It is medically fraudulent that parents are being allowed to make a "choice" that is inconsistent with the conclusions of entire organizations of medical professionals, that doctors pretend that they can comply with such a "choice," and that public coffers are expected to reimburse them.

Without medical or clinical indication doctors have no business performing surgery on healthy, non-consenting minors, let alone be giving parents any kind of a “choice.”

AAP: Around the Bush and Closer to Nowhere

TU QUOQUE: The AAP Fends Off Accusations of Bias


The Circumcision Blame Game
Posted by Joseph at 1:33 PM