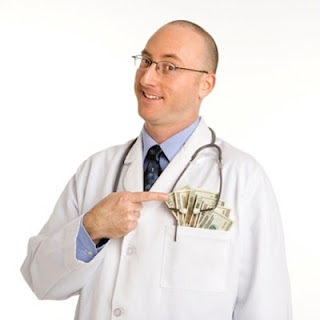 There is no money in trying to convince people to do nothing.

It'd be nice if I could leave the job I do every day and live off of trying to convince people that cutting children is wrong.

The sad reality is that while circumcision promoters get cuts (pun absolutely intended) in the form of grants, foreign aid, and getting paid for performing circumcision itself, intactivists have to sacrifice a lot of their time and money to get our message across.

Circumcising a child pays; allowing him to go home whole does not.

Yet I have read here and there, on Facebook, on parenting forums etc., accusations to the effect that intactivists are being "funded by millionaires."

I have never heard of a more ignorant straw-man, ad-hominem accusation.

The ignorant accusation that "intactivists are being funded by millionaires" stems from the fact that at one point, an intactivist organization, Intact America, got a kick-start grant of a million dollars from a single donor. 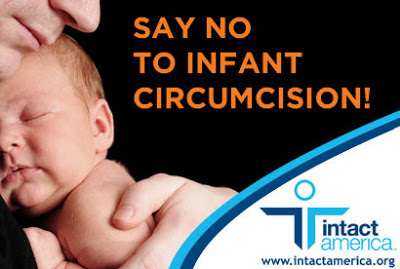 While this is irrefutable fact, it's a stretch to say that we're being "funded by millionaires."

Intact America is only ONE organization who got paid one million dollars, one time, by one donor, but that was a long time ago, and that money is gone now. No other intactivist organization has gotten a donation anywhere close to that amount. Intact America now survives on donations it can muster from willing intactivists.

But while circumcision advocates point their fingers and accuse intactivists of being involved in a money-making scam, they either seem oblivious to what's happening in their own camp, or they're deliberately trying to draw attention away from it.

Yes, at one point, Intact America got a million dollar grant from a generous donor.

But how much money do circumcision promoters get?

How much money are circumcision "researchers" like Maria Wawer, Ronald Gray, Robert Bailey, Daniel Halperin, etc., etc., getting for their work in the way of grants and scholarships?

How much money is PEPFAR handing over to PrePex and other organizations to circumcise 20 million Africans?

It would sure be nice if we could get someone like Bill Gates to donate to us the amount of money he's paying circumcision promoters in Africa.

It'd sure be nice if we could get money from the World Bank, UNAids, WHO, PEPFAR etc. to promote HIV prevention to those who don't want to get circumcised.

It'd sure be nice if the NIH, Johns Hopkins, etc. would give grants to researchers who want to find ways to prevent HIV WITHOUT circumcision.

It'd be nice if intactivists were given money to ready information packages, fly to Africa and educate the people of Africa on STD prevention, hygiene etc.

It'd be nice if we could pay artists to write songs about intactivism and speak out against male genital mutilation at HIV/AIDS conferences.

But we just don't have that kind of money.

Circumcisers get cash for their work. For many, this is their sole occupation.

It's intactivists who have to scrounge around for cash, when and if time and circumstances allow, and only after their own obligations and commitments.

When you look at just how much money is being pumped into circumcision promotion and facilitation, it's kind of ridiculous, not to mention dishonest and insulting, to hear a circumcision advocate try and discredit us by accusing us of being "funded by millionaires."

Ad lazarum, ad hominem and projection all rolled into one.

The 'Circumcision Song' Hits Airwaves Across Africa Thanks to Bill Gates' Funding
Posted by Joseph at 3:21 PM