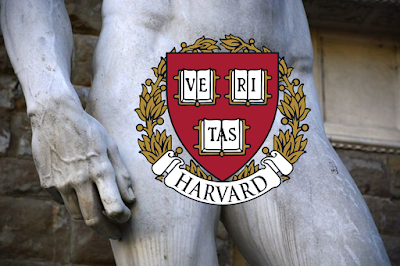 In my last post, I wrote about how Harvard University was trying to censor Eric Clopper for his intactivist show “Sex & Circumcision: An American Love Story.” It turns out that what they’re actually doing is far worse.

It would be one thing if the university administration merely fired him and told him to look elsewhere for a job because they were “offended” or whatever bullshit reason they could come up with.

Instead, Eric Clopper reveals on his GoFundMe page that not only did Harvard’s student news paper The Crimson publish 5 libelous articles against him, they refused to publish his letter to the editor.

Harvard suspended Clopper for 2 months for a supposed “investigation,” during which they solicited claims against him and eliminated his position.

And, as if that weren’t enough, Harvard colluded with the sound company that handled Clopper’s show to obtain intimate footage of his, which they then showed to senior administrators, his boss, his friends and colleagues. 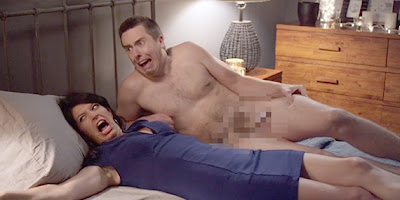 This is a screen shot from a video College Humor did on circumcision.
Actually, Eric Clopper uses the video in his show.


In essence, Harvard University, The Crimson and Baystate Sound engaged in a smear campaign against Clopper.

Obviously his show pinched some nerves, and now people are trying to shut him down.

This is no different than if people were trying to porn-shame women who performed in the Vagina Monologues.

Clopper effectively, conclusively and irrefutably destroys the lie that male infant circumcision before an audience.

He highlights the historical reasons circumcision was performed on males, a lot of which are beliefs still held today.

He exposes the AAP and the so-called "circumcision task-force" for the frauds they are, and for the crock of deliberate lies they try and feed the public.

He attacks the conflict of interests that Jewish doctors and physicians have when propping up the so-called "medical benefits."

He rejects the Jewish covenant imposed on him as an infant and openly repudiates it.

This man's presentation is an indictment of American medicine and America as a whole for holding on to, repeating, and perpetuating a lie which is clear and obvious to anyone well-versed in basic human anatomy, history and medicine, basically the rest of the English-speaking world.

It is a call to action that we reject this lie for truth, and to protect the most basic, the most fundamental human rights of the next generation.

I recon this does not sit will with the AAP, Jewish members of Harvard, and gentiles who are circumcised themselves, spouses of circumcised men, or parents of circumcised children, who do not want to have to question this, who fear the spread of Eric Clopper's message.

His message is solid.

So solid and irrefutable, that the only chance people who want to silence him have is to attack his character and plague him with financial ruin and shame.

You can shoot the messenger, but the message stands or falls on its own. 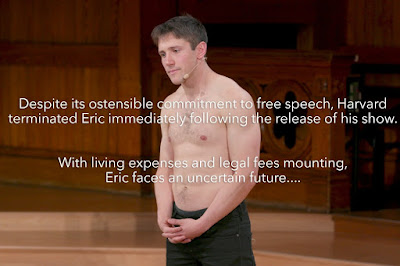 I beseech my readers to please help this man with whatever you can.

Help him win his fight against those who are trying to shame him into silence.

Watch and help spread his video.

Male infant circumcision is a crime against humanity.

It is a violation of the most basic of human rights.

It is scientific profanity and an insult to human intelligence.

Links to Eric Clopper's webpage, his video and his GoFundMe page can be found at the bottom of this post.

Eric's 2-hour performance on YouTube (Watch while it's still available.)

Eric Clopper's Go Fund Me Page
Posted by Joseph at 8:27 AM