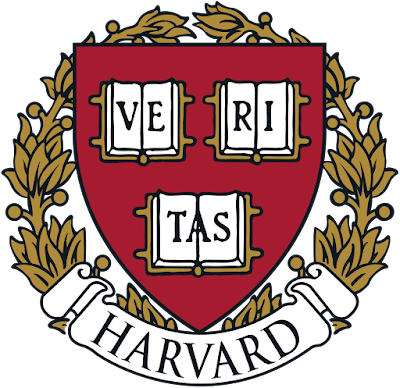 Could we expect any less?

Eric Clopper, an intellect in many fields, computer technology, physics and data analysis among other things, was placed on leave by Harvard for his intactivist play at Sanders Theatre. 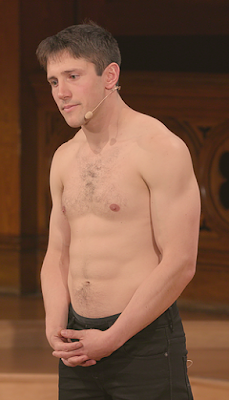 On May 1st, Clopper performed a play called "Sex and Circumcision: An American Love Story," where he gives what is possibly the best, most knowledgeable and well-researched talk on circumcision, and anatomically correct male genitals in all of intactivist history.

The performance is 2 hours long, and he covers every nook, every cranny, every possible logical fallacy surrounding the advocacy of forced male genital cutting, from religious, to cultural, to pseudo-scientific to pseudo-medical.

He gives a complete and thorough discussion on this topic in a way I can only dream of, would that I could arrange my thoughts in proper order.

He leaves no area of this topic untouched. He comes down hard on every last bastion of advocacy for the practiced of male infant genital mutilation, up to and including the most taboo holy cow of all; religion.

He actually attacks the Jewish covenant of circumcision as a "satanic ritual."

Being Jewish himself, he has a certain permission to do that.

For non-Jewish intactivists, this is simply a no-go zone to be avoided at all costs for fear of the anti-Semite card.


His unbridled critique of Jewish involvement in male infant circumcision advocacy in America is probably what has caused the administration at Harvard to put him on leave.

I'm reminded of Norman Finkelstein, who was in a similar situation for being a sharp critic of the state of Israel.

A Jewish critic of male infant circumcision is probably despised the most by Jewish advocates of it, because what are you going to say to him?

The "anti-Semite" card doesn't work to shut down the conversation, because well, he's Jewish!

No, you can't break Godwin's Law on a Jew, so the best you can do is try to silence him.

Disenfranchise and delegitimize him in any which way you can.

There is probably no greater menace to male infant circumcision than an angry Jewish critic of it.

I must commend Eric Clopper for his bravery in broaching this subject and not holding back his harsh condemnation of it, in spite of the hate, anger and contempt he knows he's going to face.

There is not a more despised man than a teller of the truth.

What's Next?
After Sanders Theatre

Thanks to all who have been in touch since my May 1 play at Harvard's Sanders Theatre. The play was very well received by all except the Harvard Crimson and Harvard administrators. Unfortunately, I was immediately placed on leave pending "a full review of the May 1 performance and events leading up to it."

Some new friends and allies, including Harvard alumni, have reached out to offer support. I can't find words to express how much these shows of support have meant to me in these uncertain times.

My determination to fight against this barbaric human rights violation is unwavering despite Harvard's Goliath pose.

Some people have asked me whether I might take the play on tour, and I would be interested in exploring the possibilities. If you would like to sponsor a production in your area, please feel free to get in touch with me at eric@clopper.com.


It makes me glad, and it fills me with hope to see Jewish critics of circumcision speak out against it with a passion; if anyone can stop the forced genital cutting of children in this lifetime, it's them.

One of the biggest reasons male infant genital mutilation continues in the US today, is because of disproportionate Jewish influence in high places in American medicine.

It is perhaps only an angry, Jewish male who can actually come out and say it without mincing words.

Eric Clopper's bravery is to be commended, as he knows this may come at a price.

On Facebook, his video was deleted after 20,000 views in two days.

If you're interested in seeing the whole 2-hour show, visit http://www.clopper.com

Availability may be for a limited time; no doubt there are people trying to make it impossible for him to post.