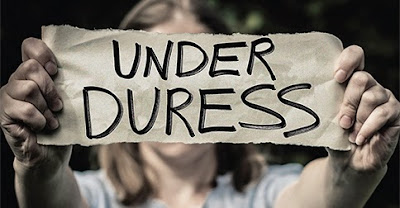 As if being forcibly separated from her child, and being forced to sign the consent form for his non-therapeutic genital surgery to appease his father weren't enough, the mother in the Florida court-ordered circumcision case apparently now faces a new criminal charge.

According to the Sun Sentinel, this mother now also faces a criminal charge of interference with custody, from her time keeping the boy from his father in an apparent violation of a custody-sharing agreement. The charge is a third-degree felony punishable by up to five years in state prison for a conviction.

What a sad day it is in this country, where not only are you jailed for trying to protect your son from needless surgery, you also face a criminal charge as well.

What a tragedy that this is being allowed to happen in this country and being called "justice."


FLORIDA: What Happened Today As Per Intact America
FLORIDA CIRCUMCISION SAGA: Withdrawal of Motion and Notice of Voluntary Dismissal Filed

Common Sense in Israel
Posted by Joseph at 4:53 PM