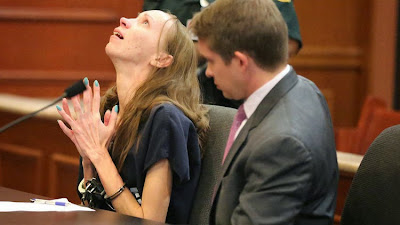 Heather Hironimus, Chase's mother, prays for a miracle as she is
forced to sign away her baby's most basic of human rights.

Current state of affairs...
It's been a few days since I've last posted on this matter. A lot of us who have been keeping our eye on this case have been left stunned and in utter disbelief that this is the way this case is playing out today, in this day and age.

According to recent reports, after having dropped her federal civil rights case, the mother in this case was forced to sign a circumcision consent form, and faces a felony custody violation charge, which carries a maximum of five years in prison and a fine of up to $10,000.

The mother, and the rest of the intactivist movement, holds her breath as the father has full custody and sole discretion over their child's medical care for ninety days, and will be no doubt working hard to get him circumcised as soon as possible.

The whereabouts of the child are unknown, however intactivists and others who care for the child's well-being haven't lost hope, and are praying for a miracle.

Many hope that American doctors will adhere to the moral and ethical high ground, and simply refuse to perform needless surgery on the boy who is healthy and expressly wishes to be left alone.

Others hope that in the time the father spends with his son, he will have a change of heart and choose not to have surgery performed on his son out of his own volition.

Case seen around the world
They say that every cloud has a silver lining, and even though the outcome of this case isn't what many of us who fight for basic human rights have hoped for, there has been some good which has come out of this case.

People in and outside of the United States are being forced to talk about what was once a taboo given. News reports about this case are being published as far as Europe, and even Jewish practitioners of ritual newborn circumcision are calling fowl.

Though the case hasn't resulted in "success" for this child and mother, it has become "success" in the sense that, it has resulted in creating awareness about forced genital cutting.

People are being forced to admit that male infant circumcision is not the "non-issue" everybody tries to make it out to be.

Whistling in the dark, many attempt to laugh away the matter, trivializing it and cracking jokes, but now, the seriousness of the matter can no longer be denied.

Campaigns to Help this Mother and Son
A previous letter campaign alerting Florida doctors of the situation has made it so that no doctor in the right mind would dare perform needless surgery on the child in question, as doing so would put them in danger of litigation, in addition to garnering international media attention.

The campaign has worked, however the Florida state court has granted this father the freedom to look for doctors who might circumcise the 4-year-old child in other states.

There is now a new letter-writing campaign, and there are private groups in every single state writing letters to doctors on the child's behalf.

Readers can visit a Facebook page administered by SavingSons.org for more details.

Additionally, a fundraiser on YouCaring has been started to raise funds for the mother, who in addition to having temporarily lost custody of her son, now faces new charges in court. The page for the fundraiser can be accessed here. 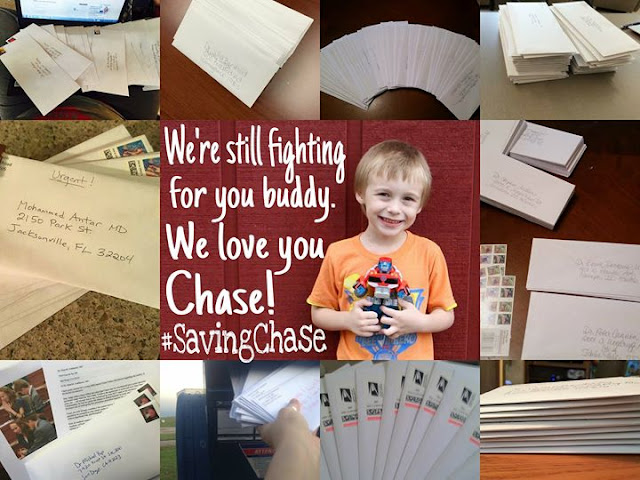 Washington Post:  As a rabbi, I want to know why a Florida man insists on circumcising his son

Common Sense in Israel
Posted by Joseph at 4:15 PM