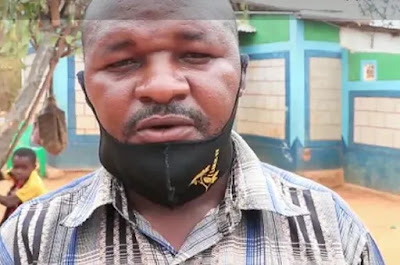 I'm not going to say much in this one. All I'm going to do is repost this article about two boys who died last week after botched traditional circumcisions in Africa.

All I want to say is, those who say "you can't compare male and female circumcision" are either ignorant or pretend to be, and they need to shut up and stop spreading deliberate and demonstrable lies.

One and the same.

I will copy/paste the article and the link below.

On Wednesday morning last week, 12 boys between the ages of five and eight assembled at a homestead in Lundi village in Mwingi East, Kitui County, ready to undergo circumcision.
The boys, all under the grip of fear, were to be circumcised using a razor blade by a 70-year-old woman. The woman is said to be an experienced traditional circumciser and is revered among members of the Kavonokya sect.


The sect, which has its base in parts of Mwingi and Kitui South, is notorious for disregarding conventional medicine. Its members do not visit hospitals. Whenever one of them falls sick, the members congregate in their secretive conclaves for prayers. At times the prayers are endless. Many members have died as a result.
In the event of death, they hurriedly and secretly bury the dead and later dismiss it as an unavoidable will of God.


Armed with nothing more than razor blades and egged on by the fathers of the boys who were pinning the young ones down, the circumciser moved from one boy to another, casually cutting off the foreskin.
After the cut, the boys would be tossed onto a waiting party that would bandage their private parts with pieces of clothes to stop the bleeding.
Unlike in hospitals, this callous ritual had no drugs to lessen the pain.
And then something tragic happened. Two of the boys developed excessive bleeding after being cut. They were immediately carted away and taken to a secret house where sect members began their ritual prayers.

The sect members continued praying, jumping up and down and clutching firmly onto bibles, as the boys’ lives slowly ebbed away.
From Wednesday to Friday, the two boys aged five and seven lay on a bed, and bled endlessly. Late on Friday, with no other intervention except for the prayers characterised by intense beating of drums, singing and violent stomping of feet, the condition of the two siblings deteriorated. They died, one after the other.
“Ijumaa ndio walilemewa zaidi,” their father, Mutua Kithuka said, revealing that the bleeding never stopped.
“The younger one died at 6pm and the other one around 10pm. They would vomit every time they were given something to eat,” said an emotionless Kithuka, a staunch Kavonokya adherent who describes himself as the paragon of faith and who says going to hospital is out of question for his family.
Falls sick
“It is true we did not take them to hospital because I am saved and according to the scriptures, we are not allowed to go to hospital. If one falls sick, you invite the church elders to pray and the sick is healed by faith. God gives and God takes away, it is His will,” Kithuka said.
He said his sons had never stepped foot in hospital since they were born but were in ‘perfect’ health.

Mwingi East police boss Joseph Yakan confirmed Kithuka was arrested yesterday while the traditional circumciser was arrested on Friday. They are being held at Ukasi Police Station and will be arraigned today.
Mui chief Paul Musyimi said he learnt of the matter after the boys had already died. “We are warning the sect members not to circumcise their sons at home. Stern action will be taken against those who go against this directive,” Musyimi said.
The two bodies have been preserved at Mwingi Level IV Hospital mortuary.


Link to Original Article Below: